Millions of people use pain relievers every day and when used correctly, these medicines are safe and effective. As we age, we may find ourselves using these medications more often than in the past. Making sure we use them according to the label directions is important because they can really take a toll on our health when not used correctly.

The key is making sure you know the active ingredients of, and directions for, all your medicines before you use them.

There are two basic types of OTC pain relievers. Some contain acetaminophen and others contain non-steroidal anti-inflammatory drugs (NSAIDs). These medicines are used to temporarily reduce fever, as well as temporarily relieve the minor aches and pains associated with:

We’ll focus on acetaminophen here. Acetaminophen is a common pain reliever and fever reducer, but taking too much can lead to liver damage. The risk for liver damage may be increased if you drink three or more alcoholic drinks while using medicines containing acetaminophen. END_OF_DOCUMENT_TOKEN_TO_BE_REPLACED 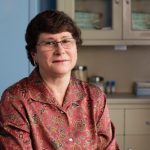 As a geriatrician, I see all of my patients myself, carefully take their history, and review all of their medications, both prescribed and over the counter (OTC).  One patient’s story highlights why this is still very important and worth the time and effort.

A new patient, Mrs. B, came to me for help in managing her dementia. Her husband was remodeling their home to make it accessible as she was now barely able to walk.  She was becoming more confused.  She had previously seen an internist and two neurologists.  Her husband gave a history of Parkinson’s disease, along with a several-year history of colitis and longstanding diarrhea.

The initial history revealed that Mrs. B. had progressive weakness, unsteady gait, and confusion.  She had muscle jerks at night.  She had three recent car crashes and subsequently stopped driving.  She had even lost her ability to do sudoku. This was significant as she had been a doctorate-level biologist.  A review of her medications showed that she had four years of taking Pepto-Bismol, two tablets, four times per day, prescribed for collagenous colitis.  She took this dose consistently.

The active ingredient in Pepto-Bismol is bismuth, and I have never before had a patient take this much bismuth.  Being naturally curious, and always looking for potentially reversible causes of dementia, I did a bit of research and ran basic blood tests on Mrs. B.  I also instructed her to stop taking the bismuth. END_OF_DOCUMENT_TOKEN_TO_BE_REPLACED