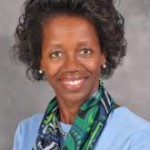 Summer is definitely in full swing: the temperatures are rising, the days are getting longer, and the world is looking a bit more…purple. That may sound strange, but it’s part of a new initiative championed by the Alzheimer’s Association to commemorate the first Alzheimer’s and Brain Awareness Month this June.

In the spirit of Alzheimer’s and Brain Awareness Month, it’s important to understand what Alzheimer’s disease really is (and what it isn’t) and what you can do if you’re concerned about the condition, already living with it, or supporting someone who has been diagnosed.

Dementia and Alzheimer’s: What’s the Difference?
Alzheimer’s disease and dementia are often lumped together, but they aren’t the same thing. Dementia is the umbrella term that covers a wide range of symptoms related to loss of memory and thinking skills severe enough to affect a person’s ability to perform everyday activities. Alzheimer’s disease accounts for 60 to 80 percent of all dementia cases. Vascular dementia, which can follow a stroke, is the second most common type. Additionally, many other, often-reversible conditions like thyroid problems or vitamin deficiencies can cause dementia-like symptoms.

Despite what many people think, dementia isn’t a normal part of aging. Many people have memory loss issues—but that doesn’t mean they have dementia or Alzheimer’s. Those two conditions mean something very different, which is why it’s so important to get a check-up from a healthcare professional if you’re concerned about your cognitive abilities and the potential for developing Alzheimer’s disease.

As a geriatrician and director of the Central New York Alzheimer’s Disease Assistance Center at SUNY Upstate University Hospital in Syracuse, NY, I have a particular interest in caring for people with Alzheimer’s disease and dementia. It’s difficult for many doctors to tell older adults they have Alzheimer’s because we don’t yet have a cure. I often see patients who are referred to me without being told about their diagnosis, for example. But even though we haven’t found a way to stop or reverse the onset of the disease just yet, diagnosing the condition as soon as possible offers patients and their families a chance to make appropriate plans early on, and to live well for as long as possible by effectively managing the disease at the beginning.

Get Checked for Any New Symptoms
Many dementias are progressive. That means that symptoms may be mild when they first appear and worsen over time. That’s why it’s important to get any symptoms evaluated as soon as possible, because symptoms can sometimes be a sign of a treatable condition. And even when symptoms do indicate a form of dementia, early treatment allows a person to get the most benefits from the treatments we do have. Getting an early diagnosis also provides a chance to enter a clinical trial for new treatments and also provides time for families to plan for the future.

So what can you look out for, and what can you do if you’re concerned about dementia? Pay attention to the following “red flags,” and get an evaluation from your healthcare provider if you notice any of these symptoms in yourself or a loved one.

If you’d like to help support June as Alzheimer’s and Brain Awareness Month, take a moment to share this post with others. And be sure to also take care of your own brain health, too!