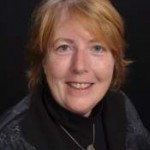 It started with the shoes in the corner of the bedroom—and it continued through three closets, two dressers, a huge chest in my living room, a small filing cabinet, the front hall closet, and even the desk in my office at work. Some might call this spring cleaning but, for me, it’s more episodic and usually sparked by something like being annoyed enough by the pile of shoes in the corner to find them a home.

As always happens during one of these all too rare bouts of purging, I think about the family cleaning events I’ve been part of as parents, aunts, and grandparents moved on. I was having dinner with a few friends last week and we were swapping our caregiver cleaning stories. I found that my late father’s desire to hold on to his power tools was matched by my friend’s father’s desire to bring them all with him to his new assisted living facility. I somehow ended up with a drill, hammer, and a ruler from my dad. The hammer is spattered with paint and the head may be a little loose but I think of my dad every time I use it and could not imagine purchasing a shiny new one. The ruler is an artifact in my curio cabinet – along with the rotary phone from my parent’s bedroom. They’re Items with no current purpose…and they make me smile.

I also spent several years as my aunt’s primary caregiver. Moving her out of her apartment was easier but still no less daunting. I had reached the point where I couldn’t maintain her at home given her advanced dementia, and so I undertook the hunt for a quality nursing home that she could afford and that would take her (Sidenote: “Would take her” is a thing…and a thing for an entirely different blog post!). Having found one, there came the task of cleaning out her apartment. My sister, niece, and I found that she had a closet filled with lightbulbs ordered from some charity (beware the telemarketer and your older loved one). There were bricks in that closet—from where and for what we still do not know. She also had a cedar chest (made by my grandfather) filled with old ConEd bills.

My earliest days as a caregiver for my aunt started with me serving as a “temporary solution” dispatched by my mother with the checkbook – specifically to help get bills paid. I would sit down and sort through my aunt’s papers looking for the ones needing to be paid. We would talk about why she had old bills, and every time she would tell the story of an epic battle with ConEd that she won because she saved her bills. I would quietly slip some of the old bills into my bag in the hopes of reducing the paper mountain (Candidly, I never made a dent because of that cedar chest and its bottomless capacity).

Mostly, there was stuff that my aunt no longer needed. These were the signposts of a life well lived. The deed to her house in Fire Island, NY—lovingly built and long since sold, along with formal wear and purses from her life as a casualty insurance broker (family lore has it that she was the first woman VP at her firm), artwork, mementos, and photos. To put the meaning of this day a bit more bluntly: We pulled apart the threads of her life. We made decisions that she was not able to make—donate, throw away, pass on to family member, etc. There were no arguments because it was not our stuff nor were they our childhood memories or the fabric of our parents lives—plus, she was already moved to her next abode. On that day, it was just an apartment to be cleaned and readied for the next tenant.

Back to my own story—though the last place I hit (so far!)—the front hall closet—brought me full circle to the over-a-decade I spent as my aunt’s caregiver. There was her life, stowed neatly in a box and a bag. At least it was her life as lived through my caregiving experience. Multiple copies of the guardianship paperwork, a binder with her application for Medicaid, a set of files on the nursing home application, another set of files on the nursing home search, and a copy of her advance directive. There were tax forms and bank records and small boxes dating back to 1993 filled with canceled checks.

After a long Sunday afternoon with a small shredder, my life as her caregiver was reduced to four tall kitchen garbage bags stuffed with confetti, a carefully saved original death certificate, and the memories of me being her caregiver as opposed to her being my aunt—and a heightened awareness of the question I had been mentally asking myself as I considered whether to keep, donate, or toss my own flotsam and jetsam while tearing through the nooks and crannies of my own life.

That question: If I were dead, living with dementia, or physically incapacitated, would I want someone else to have to deal with this? It’s a tough yet powerful question—but that still doesn’t make the process any easier. Frankly, for example, I’m a bit worried that it’s caused me to be so ruthless about tossing that, at some later date, I will find out that I needed something I no longer have. Of course, I’m still living in my apartment and so it’s still filled with art, mementos, kitchenware, furniture, and assorted household supplies. There are the cameras and a series of old laptops because I always seem to miss safe disposal day in Manhattan. There’s the stuff of my childhood, including a ticket book from my first ever trip to Disney World (the ticket book cost $6 in 1973!). The way I look at it, this letting go of stuff is an iterative process, and so I’ll keep looking at things through the lens of my question: Would you want someone else to have to deal with this?

As for that pile of shoes that started it all? All the pairs now have a home and there was even room to add new red sneakers to the mix, which are already becoming my go-to-summer, go-to-weekend shoes.

PS: If the answer to “Would you want someone else to have to deal with this?” is “No,” the next logical question might be: “Well now what do I do with it all?” There are lots of organizations locally and nationally who can help with that answer. Here are just a few suggestions: