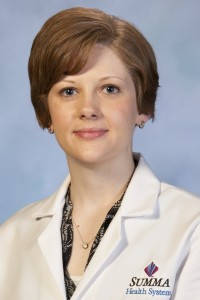 We all know that volunteering for local organizations is a great use of free time. But did you also know that it can not only improve your mood, but also help prolong your life and prevent memory loss?

Volunteering has been shown to be one of the most effective ways for older adults to stay active, learn new skills, make new friends, and be healthier.

Getting involved in your community can be as easy as heading to your local library to read to children after school, volunteering at your local hospital,or joining a service league in your area to meet others who also enjoy giving back.

Consider some of the following ways to connect with and contribute to your community: 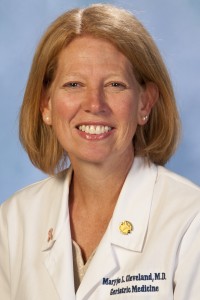 It is the middle of winter here in Cleveland and we have experienced an unusual amount of snow, sleet and ice. In fact, if you live anywhere with winter, I’ll bet this weather has been challenging. One problem that we see more of in the winter is falls. I ask all of my patients if they have experienced a fall.  Can you  guess the most common answer I get? It isn’t “no”— it’s “not yet.”  Isn’t that interesting? That answer means that they expect to fall sometime. In other words, they think it’s normal. But we are here to find out otherwise!

Falls are certainly common. Most people can tell you about friends or family members who have fallen and suffered a serious injury from a fall, such as a broken hip. Most people also tell me that falling is one of the things they fear the most. The good news is that while falls are common, they are not inevitable. There are well defined risk factors that make it more likely for someone to fall.   And there are also recommendations on how to prevent falls. These recommendations will require you and your healthcare professional to work closely together.

END_OF_DOCUMENT_TOKEN_TO_BE_REPLACED 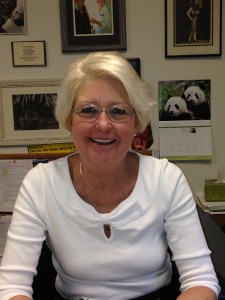 If you are helping a family member or friend over age 50 with things such as dressing, bathing, housework, or taking medicine on a regular basis, then you are a caregiver. You are not alone—there are close to 50 million Americans involved in caregiving. Caregivers spend an average of 20 hours each week caring for one (or more) older adults. About one in four of caregivers have been giving care for more than five years. About three in four caregivers work a paying job and spend up to $5000 out of pocket each year to help with caregiving costs.

Caregiving has been a part of community life for a long time. These days, the amount and types of help provided by family caregivers has increased a great deal. This has also raised the costs of caregiving—both economic and psychological. Now, loved ones often come home from the hospital earlier and with more complicated conditions. This means that caregivers often take on many roles in addition to providing companionship and emotional support. Caregivers may give medications, find and coordinate services, and perform basic nursing. They also communicate with healthcare providers, coordinate care during transitions from hospital to home, and advocate for their loved ones during visits with healthcare providers and hospital stays.

Caregivers are at higher risk for symptoms of anxiety and depression because of the burden of these many roles. Their physical health may also suffer. It is normal for caregivers to feel alone and overwhelmed. Caregivers may also feel unable to communicate well with the person receiving care and/or other family members. They also report needing information on how to keep their loved ones safe at home and to find activities to do with them. And caregivers also need resources to help them manage their own stress and make time for themselves.

In our recent study of geriatrics health providers who are also caregivers, we found all of these challenges. Even those most prepared to handle all the different caregiving tasks found it very difficult. If you are a caregiver AND a healthcare professional, you may face additional burdens—and will also benefit from support. [You can click here to read the full study.]

What You Can Do
In order to cope with the demands of caregiving, all caregivers need to get help. It is good to ask questions, and to ask for help! If you are not happy with the answers you are getting, it’s important to keep asking. Also keep looking for the information and support that you need, perhaps from other resources. There are many places you can look to for help: hospitals, your community, and online resources.

END_OF_DOCUMENT_TOKEN_TO_BE_REPLACED

There are many issues facing older adults that are common, but should not be considered inevitable. This blog will launch a series for 2014, all bundled under the general heading of “It’s Not Normal”.  Over the next year, I intend to cover a variety of topics that include dementia, incontinence, falls and depression. If you have suggestions for this series, please leave a comment.

The kick-off for this series is pain. While pain is common as we age, it should never be considered “normal”.  Pain should always be discussed with your healthcare provider, so that he or she can help determine the cause (or causes).  Your healthcare provider can then help you figure out an approach to remove or reduce both the pain and the affect it has on your life.

Acute pain is pain that has happened recently and usually has a known cause. An example of this is a sprained ankle. A few weeks of ice, rest and over the counter pain medications (such as acetaminophen) is usually all that is required for relief to occur.

Chronic or persistent pain, however, is more of a problem. You may have had this pain for some time and the direct cause may not be known.  There are different kinds of chronic pain. These include:

END_OF_DOCUMENT_TOKEN_TO_BE_REPLACED 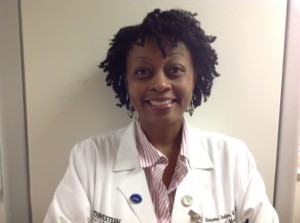 Healthinaging.org is pleased to feature a guest blog by Dr. Ramona Rhodes.

My Cousin Opal was my paternal grandmother’s cousin.  They were close in age, grew up together, and were best friends.  Cousin Opal was college educated—a great accomplishment for an African American woman born in the South in the early 1920s.  She was a school teacher, community leader, social butterfly, and true fashionista.

I met Cousin Opal when I was in high school.  Cousin Opal was widowed and did not have children.  She had relocated from the Northeast to our small town, and was living with my grandmother at the time.  Cousin Opal began to exhibit problems with her memory, and though the word “Alzheimer’s” was whispered, my grandmother would never discuss it.

Dementia is a neurodegenerative disorder (disorder that affects the brain) that results in memory loss and decline in function.  As dementias like Alzheimer’s disease progress to the advanced stage, patients become weaker and more dependent.  They lose their ability to talk, move around, and have a hard time with chewing and swallowing.  As a result, caregivers of dementia patients are often faced with the decision to place, or not place, a feeding tube for nutritional support.