Ask the Expert: Antipsychotic Drugs and Alternatives for Older Adults with Behavioral Problems Due to Dementia 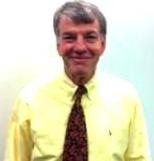 Q:   I’ve been caring for my 83-year-old mother since she was diagnosed with Alzheimer’s disease six years ago. Lately, her care has become increasingly difficult. She recently started wandering from home and “talking” to her father, who died 20 years ago. Now she’s refusing to take some of her medications. It’s getting so difficult that I’m afraid I won’t be able to continue caring for her. What can I do?

A:   The disturbing behaviors and effects you describe are known as “behavioral symptoms of dementia.” They include wandering, delusions (believing things that are clearly untrue), hallucinations (seeing or hearing things that aren’t there), resistance to care, agitation, aggression, repetitive speech, and sleep problems.

Older people with dementia often have more than one of these symptoms, and they can be very disruptive. In fact, research finds they are more upsetting for both older adults with dementia and their caregivers than other symptoms of dementia, such as memory loss.

Q:   Are there medications for behavioral symptoms of dementia?

A:   Drugs called “atypical antipsychotics” are often prescribed for older adults with behavioral symptoms of dementia --but numerous studies now show that these medications are rarely effective for these patients. What’s worse, these drugs can cause serious side effects, including stroke and death.

In one recent, carefully designed study, more than 400 older patients  with Alzheimer’s disease and psychosis, aggression, or agitation were randomly assigned to receive either an atypical antipsychotic or a placebo (a “sugar pill”) for as many as 36 weeks. None of the adults knew whether they were getting the medication or the placebo. Over the course of the study, those taking the drugs did no better than those taking the sugar pills but were exposed to the adverse side effects of the medications.

Q:   Does this mean antipsychotic medications are never appropriate for older adults with behavioral symptoms of dementia?

A:   In light of the results of the study and other recent research -- which has come to similar conclusions -- both the American Geriatrics Society (AGS) and the British National Institute for Health and Clinical Excellence and Social Care Institute of Excellence (NICE-SCIE) have concluded that non-drug treatments should be tried first, and symptoms should be managed with non-drug strategies in most circumstances. Overall, these non-drug treatments are both safer and more effective than medications. Antipsychotic drugs, the AGS and the NICE-SCIE agree, should be tried only in cases in which non-drug approaches haven’t worked and “there is severe distress or an immediate risk of harm to the person with dementia or others.”

Q:   What kind of non-drug treatments will help my mother?

A:   Non-drug treatments should be tailored to the older adults’ symptoms and needs. A healthcare provider can screen your mother for behavioral symptoms and contributors to these symptoms, and work with you to come up with strategies to address them. It may turn out, for example, that your mother is “talking” to her father because she feels lonely and needs more interaction with other people. Spending more time talking and engaging with your mom, or having her spend some time at an adult day program, may help significantly.